Many changes in this new release, available on mobile, desktop and CLI:

This new feature adds a number of changes to the way notes are sorted. The most visible one is the addition of a sort button above the note list - it allows sorting by modification date, creation date, title or by custom order, in either ascending or descending order: 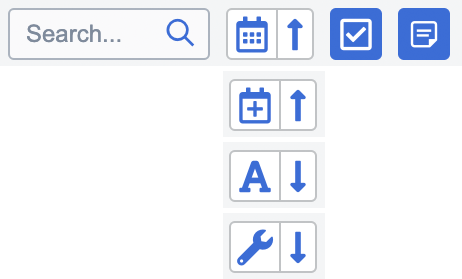 By default, this sort order is going to apply to all notebooks, however you can now also assign a per-notebook sort order. In this case, any sort order will be apply to that notebook only. To enable this behaviour, simply right-click on a notebook and select "Toggle own sort order": 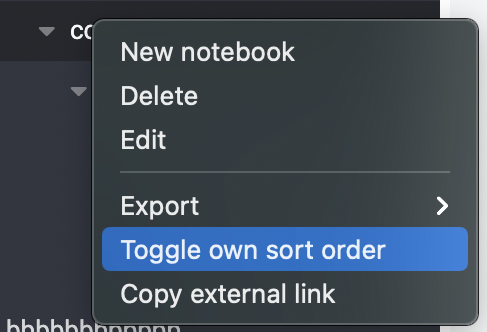 Thanks to Kenichi Kobayashi for developing this feature!

It is now possible to associate icons with notebooks no both the desktop and mobile applications. To do so, right-click on a notebook and selected "Edit". 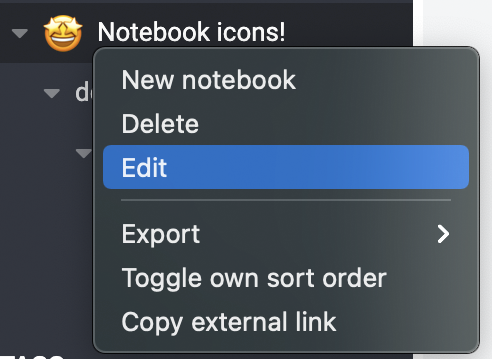 This will open the new notebook dialog from which can change the title and assign an icon. For now the icons are emojis but perhaps custom icons could be supported later on. 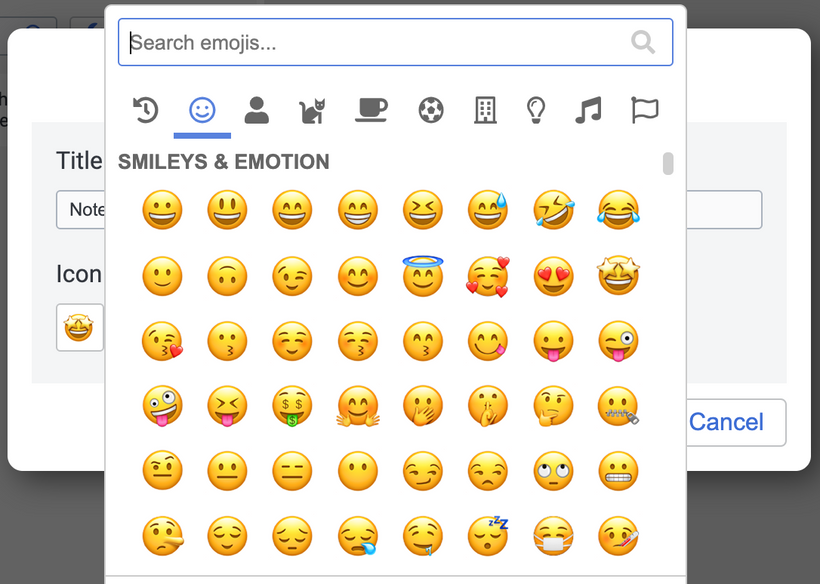 Thanks to the encryption improvements in the previous Joplin versions it is now possible to share and collaborated on encrypted notebooks, when synchronising with Joplin Cloud (or Joplin Server).

Synchronisation is also a bit faster in this release due to an optimisation on the startup process. When syncing, the app needs to acquire a lock, which may be time consuming since it requires making multiple requests. This has now been optimised so that less requests are necessary and also each request consumes less resources. This will have a postive impact on Joplin Cloud in particular, but you should also see improvements with Joplin Server and smaller improvements with the other sync targets.

Kenichi Kobayashi made some great improvements to the Markdown editor scrolling in this release. The issue before was that the editor on the left and the viewer on the right would often not be in sync, in particular if the note contains several images and other media.

With Kenichi's change the editor and viewer stay nicely in sync, regardless of the note content. In fact it looks a bit like magic when you scroll through large notes - notice in particular how each side appear to wait for the other or speed up in order to make sure both sides are aligned as well possible. Kenichi provides a nice technical documentation about the feature here.

Thanks to the efforts of Lee Matos, synchronisation with S3 is now more reliable and errors are also better handled. The underlying S3 SDK has also been upgraded from v2 to v3 which results in a smaller executable size (about 3-5 MB depending on the operating system)

Exporting a single note as HTML is now more user friendly as all images, scripts, styles and other attachments are all packed into a single HTML file (Previously it would create multiples files and directories). This makes it easier to share the complete note with someone who doesn't have Joplin.

Other changes and bug fixes

This release includes a total of 19 new features and improvements and 16 bug fixes. See the 2.6.x changelogs for more details: